In 2010, partners Oscar Leria Chateau and Patricio Rojas San Martín adopted a new strategy for growth and diversification in the property sector. This step led to internationalization of their companies in Chile, OSLER INVERSIONES and IMPULSA DESARROLLOS INMOBILIARIOS.

After this turning point in their development and initial expansion in South America, they opted to look into the Spanish property market. The long track record of the Lería family as property developers in Barcelona and Marbella since the 1970s inspired them to take a close look at changes in the sector in Spain. When they saw that the crisis in the sector had given way to a new cycle with strong prospects for development and  structural change they decided to set up the Spanish company OSIM Inversiones in 2014.

OSIM is a property investment and development platform in Spain, open to positioning itself in the main areas of the property industry with an investment profile of €500 million in:

Residential property, in both the residential tourism sector and local and domestic markets.

The residential property sector will remain strong because it is more attractive than the lower return from bonds and the fluctuations in alternative investment markets.

This confirms that international investment entering Spain from 2013 onwards did the right thing.

The shortage of quality assets and the high demand from the European market on the Spanish coast ensures an excellent and higher than average projection for our model.

OSIM Inversiones is a surefire bet for return on projects and a reliable strategic partner for new projects. 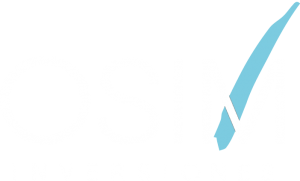